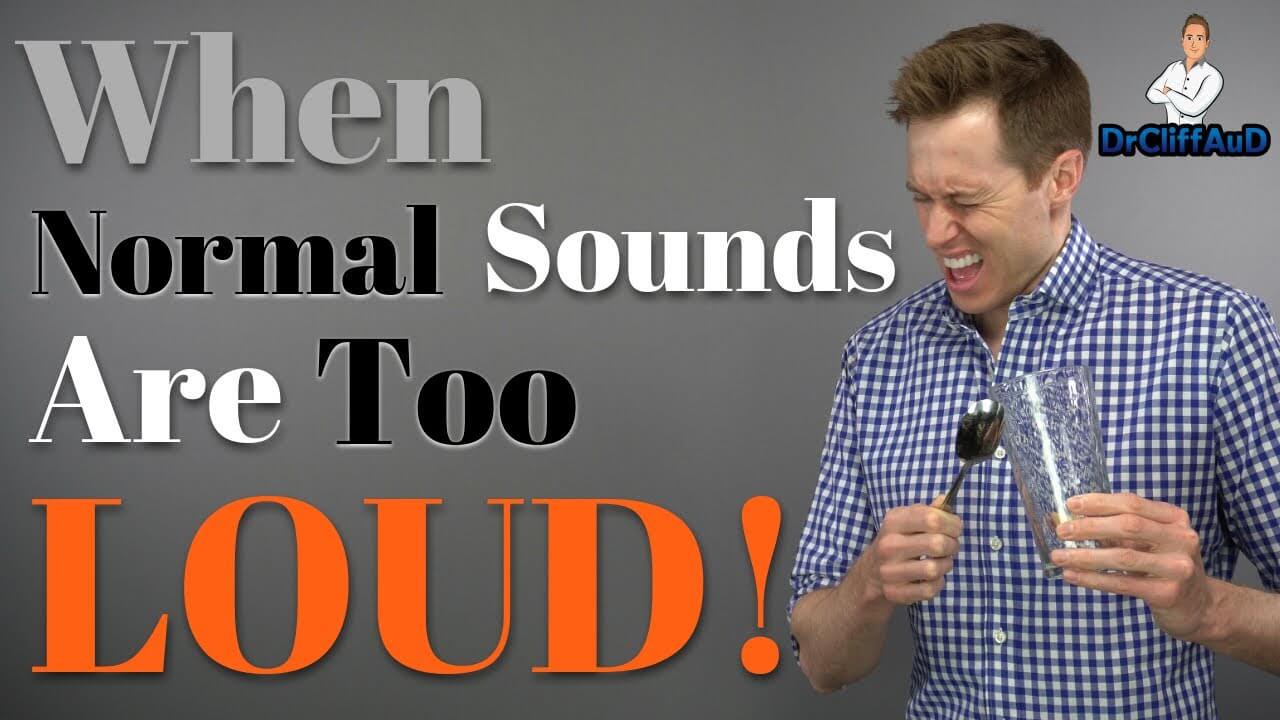 Consider what it would be like if daily noises like a discussion with family or friends, or even something as simple as closing a door, were so unbearably loud that you tried to avoid them at all costs. This is precisely what a condition known as Hyperacusis feels like.

To be clear, Hyperacusis is not defined as a sensitivity to loud noises. If you are exposed to loud noise, we expect you to experience aural discomfort. It's also distinct from misophonia, a severe aversion to a single sound like nails on a chalkboard or individuals chewing their food, and phonophobia, which is a fear of a specific sound.

What is Hyperacusis, exactly?

An average human ear can endure a broad spectrum of sounds, from extremely delicate sounds like rustling leaves to deafening noises like a guitar at a rock concert when it comes to sound tolerance. A sound is usually too loud before it reaches a painful level, and the degree of tolerable loudness varies from person to person.

Even though most people with Hyperacusis have normal hearing, they feel everyday sounds like car engine noise, rattling dishes in the kitchen, and even normal conversational speaking be extremely loud.

Loud noise exposure, usually in the form of an impact noise like a gunshot or an airbag deployment if you're in a car accident, is a significant cause of Hyperacusis.

Cindy Redmond, a schoolgirl from Wilmington, Delaware, brought Hyperacusis into the national spotlight a few years ago when her friend's stepfather blew an air horn near to her ear, reaching sound levels of around 130 dB. Cindy developed debilitating Hyperacusis, which prohibits her from attending school or even leaving her house. Everyday sounds are so brutally loud that she compares them to being stabbed in the ear with a knife.

A rapid impact noise caused Cindy's instance, but you can also develop Hyperacusis if you are exposed to steady-state noise for an extended period. Therefore, you must wear hearing protection if you are in a noisy setting or anticipate being exposed to noise.

While Hyperacusis is defined as increased sensitivity to sounds that aren't necessarily loud, it can have a wide range of consequences in other aspects of your life. Individuals with Hyperacusis may experience fear, anxiety, social isolation, sadness, sleeplessness, or a loss of attention in addition to the physical pain induced by sound.

How is Hyperacusis managed?

Some people with Hyperacusis may find that their condition improves over time. However, certain people may require therapy, and the following are some of the therapeutic possibilities.

Sound therapy is one standard treatment. Hearing aids or noise generators that provide modest auditory stimulation may lower your sensitivity to sounds.

CBT, or cognitive-behavioral treatment, is another option. Because Hyperacusis is so strongly linked to anxiety, depression, and even PTSD, CBT focuses on reconstructing your adverse reactions to Hyperacusis.

Biofeedback, other relaxation therapies, and even acupuncture are other experimental techniques.

If you have hearing loss, the treatment for Hyperacusis gets even more challenging. You need to raise some noises to hear them, but you can't amplify them too much, or they will be unbearable.

I've had a lot of success fitting people with Hyperacusis and hearing loss with hearing aids in my clinic, but I do it by using occluding earmolds. This is when you close their ear canal and prevent sound from entering correctly. This lets me regulate all of the sounds that enter their ear via the hearing devices. I can limit the maximum possible output of their hearing aids and only give them a tiny bit of amplification to quiet and average-level noises because I have complete control over the sound that goes into their ears. I often observe their sound tolerance grow throughout one to two years, almost to the point where they no longer have Hyperacusis.

Because this condition is so uncommon, I only have a few case studies to back this up, but it does provide some hope to people who suffer from Hyperacusis and hearing loss at the same time.

What NOT to do if you have Hyperacusis

Hyperacusis can be debilitating, but it doesn't have to remain that way indefinitely. You should engage with a team of hearing care professionals trained and aware of Hyperacusis, regardless of the treatment approach. It would help if you also accepted that treatment would take time.

So, if you think you might have Hyperacusis, the best thing you can do is see an audiologist to have your hearing tested.