At Applied Hearing Solutions, we can remove excess wax in our Phoenix office using a number of safe and effective methods.

Many healthcare providers only have one method of cerumen (earwax) removal that they utilize. The Audiologists at Applied Hearing Solutions use three different methods for removing wax, depending on what is right for that patient; irrigation (using water), manually with curet or microsuction.

Cerumen is the medical term for earwax, and it is an essential component of our auditory system. Cerumen is a greasy, sticky substance created by the body that attracts dust, dirt, or debris entering our ear canal.

Earwax is our friend (most of the time)

When you think about earwax, you probably grimace at the thought of that oily, greasy stuff that collects in your ear's inner canals. You may want to get rid of as much of it as possible. But, before you do, keep in mind that it serves a vital purpose in safeguarding our ears.

Earwax also acts as a moisturizer for the outer ear, preventing it from becoming dry, irritated, or infected. It also keeps any bugs out of your inner ear because the scent of earwax is repellent to them.

Our ears are built to keep themselves clean. Earwax spontaneously separates from the sides of our ears when it gathers too much debris or dry skin. Chewing or moving your jaw loosens the earwax and moves it to the outer regions of the ear, where it finally falls out or is washed away when we shower. However, glands in certain people's ears may create more extra wax, leading to impacted earwax.

What happens if you have an excessive amount of earwax?

Hearing loss can be caused by heavy earwax buildup. Earaches, a feeling of fullness or clogging in the ear, or even tinnitus (a ringing or buzzing noise in the ear) are other symptoms. Excessive earwax can cause infection, extreme pain, ear discharge, and fever-like symptoms if not removed.

Earwax impaction is more common in older adults, but it can affect people of all ages. According to studies, approximately 30% of older adults have impacted earwax. Nearly two-thirds of the 2.2 million who reside in assisted living facilities or nursing homes in the United States have this condition.

Further reading: What to do if you have Earwax

How not to clean your ears

One common misunderstanding in treating excessive earwax buildup is the use of cotton swabs. For too long we've been sold the myth that Q-Tips get rid of earwax. In reality however, they aggravate the condition by pushing the wax deeper into the canal, worsening the obstruction. Cotton swabs, or any foreign object for that matter, can also easily harm our inner ear's sensitive regions, particularly the eardrum.

In addition to q-tips, the Food and Drug Administration (FDA) also warns consumers about the dangers of ear candles to get rid of earwax. Not only is it an ineffective treatment, it can also result in ruptured eardrums, ear and face burns, and other complications.

Further reading: How Not To Clean Your Ears

Too much earwax? Come and see us.

When earwax builds up in your ears and is challenging to clear out, you should come to see us. We'll analyze the condition, determine the core cause, and provide earwax removal treatment as needed. Earwax removal doesn't have to be difficult, and it should help you return to your life as normal. If you or a loved one is concerned about earwax, please call us for an evaluation and treatment choices suited to your unique needs. Here is some more information about the methods we use at our clinic in Phoenix.

The Earigator is a minimally invasive cerumen management system to provide effective and safe earwax removal. This system was designed by an otolaryngologist and controls for factors like temperature and pressure. It also has illumination and magnification, which helps our Audiologists to see the wax buildup as they are cleaning. Using water irrigation is helpful for use on patients that have dry wax that has adhered to the canal wall. Manual extraction (using curette) would be painful, so having the Earigator for these patients provides us a more comfortable option. It also has the added benefit of not needing the wax to be pre-softened before removal.

When the wax has not adhered to the canal wall or when the other options are contraindicated, manual removal with curette is performed. A curette has a loop or "spoon" at the end, which helps the Audiologist gather, collect and move the wax gently. This method has been used for many years by healthcare providers and can be very effective when done correctly. 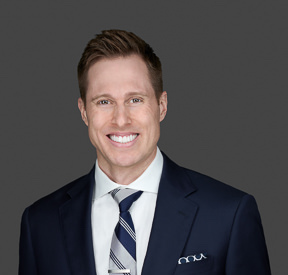 Please submit your question and I will get back to you asap.

Thank you! I have received your question. I will get back to you as soon as possible.
Oops! Something went wrong while submitting the form.