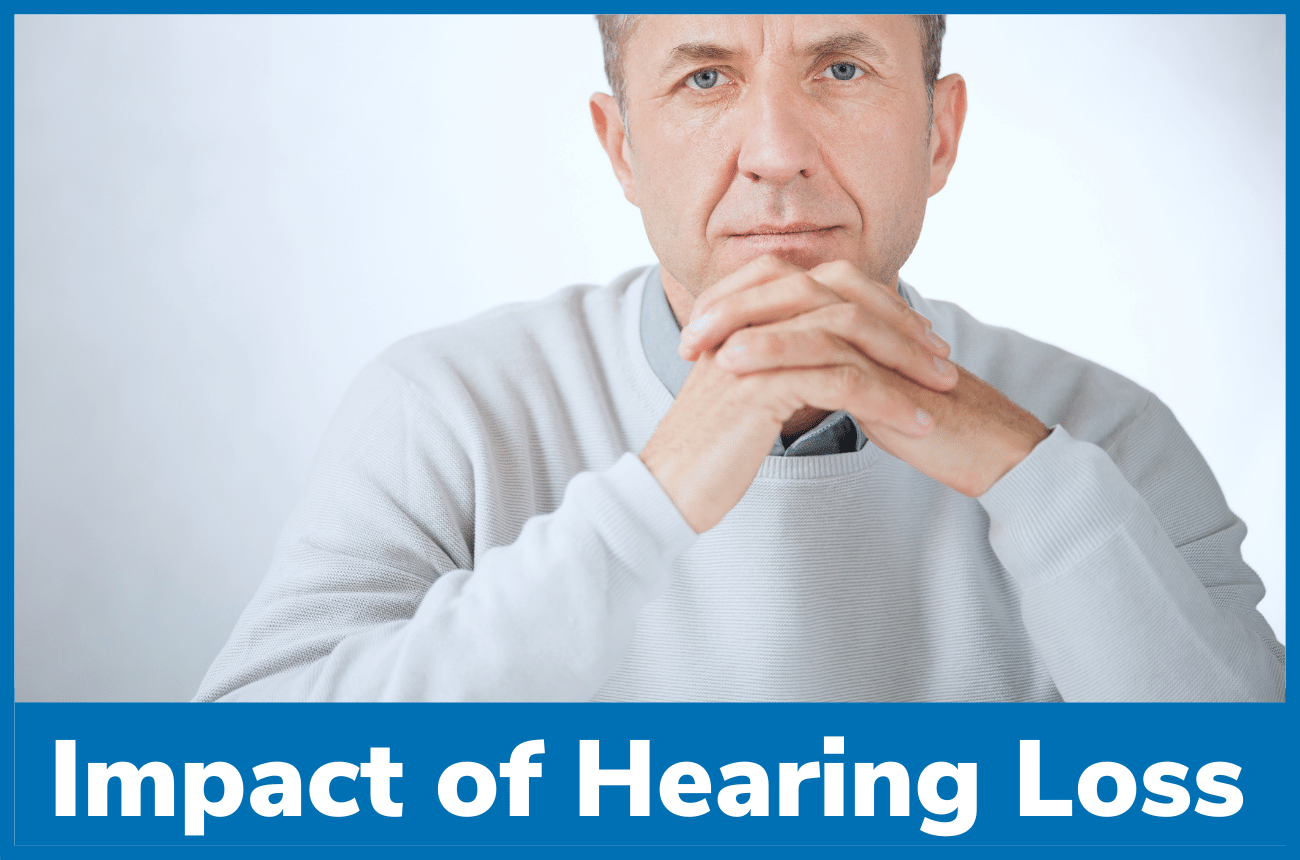 Many hearing aid users wait years after their initial hearing test results before seeking treatment. What are the reasons why people put off seeking help for so long? There are two key reasons for this:

Hearing loss is a gradual process. The hairs or nerve cells in the cochlea transmit sound signals to the brain that can wear out with age and loud noise exposure. This process can last years or even decades. Because it is so slow, many people decide to neglect their hearing loss for long periods.

Hearing loss is commonly regarded as a sign of aging. Many people perceive hearing loss as a danger to their physical independence. They see it as one of the physical signals that they are aging. Those who take pride in their independence will find this line of thinking especially appealing.

But treatment needs to be done early for the best results. And the longer they wait, the more complex treatment becomes.

Hearing loss is often undiagnosed and untreated by American adults for the reasons mentioned above. Because of this, we often learn to change our behaviors to adapt. Although these temporary fixes can work in the short term, untreated hearing loss can have several adverse health and overall wellbeing implications. Here are some examples:

**It is important to remember that while some of these studies show a correlation between these conditions and hearing loss, but we do not yet know if there is a causal relationship.

An increase in the number of injuries

According to a study published by the Brigham and Women's Hospital in Boston, adults with hearing loss are more likely to be involved in incidents or injuries. The study used data from the National Health Interview Survey, a nationwide survey in which 232.2 million Americans answered questions about their health and wellbeing from 2007 to 2015. The survey contained questions about people's hearing health as well as reports on any recent injuries.

After reviewing the results, researchers discovered that those who had "a lot of trouble hearing" were 50 percent more likely to be injured. 6.6 million people confirmed having been injured in an accident, with many of them rating their hearing as "poor." The research concluded that the worse the hearing loss, the more likely adults were involved in incidents.

An increase in hospital costs

According to a report by the Johns Hopkins University Bloomberg School of Public Health, people with untreated hearing loss have a much higher total healthcare cost than those with good hearing. Over a decade, the study found that older adults with untreated hearing loss had 46 percent higher healthcare costs, averaging $22,434 per person. The impact was noticeable within two years.

An increase in the risk of dementia

Hearing loss has been linked to an increased risk of dementia, according to a 2011 report. Professor Frank Lin, Professor of Otolaryngology at the John Hopkins School of Medicine in Baltimore, led the research, which attracted a team of scientists from around the country.

A total of 600 adults were included in the report. These individuals were followed until 2008 after completing a series of assessments to determine their cognitive and hearing abilities between 1990 and 1994. Scientists were also looking for Alzheimer's disease or dementia symptoms. A third of the participants had hearing loss, while the rest had no issues hearing. At the start of the research, none of the participants had dementia.

The researchers concluded that those who had hearing loss at the start of the study were much more likely to develop dementia, with the severity of the hearing loss suggesting a higher risk of dementia. Dr. Frank Lin of Baltimore determined that every 10 decibels of hearing loss increased the risk of dementia by 20%. Hearing loss was linked to 36% of the dementia risk in participants aged 60 and up.

If you have untreated hearing loss, the best time to seek hearing treatment was yesterday. The second best time is now. Contact us today to set up an appointment!