How NOT to Clean Earwax, from an Audiologist 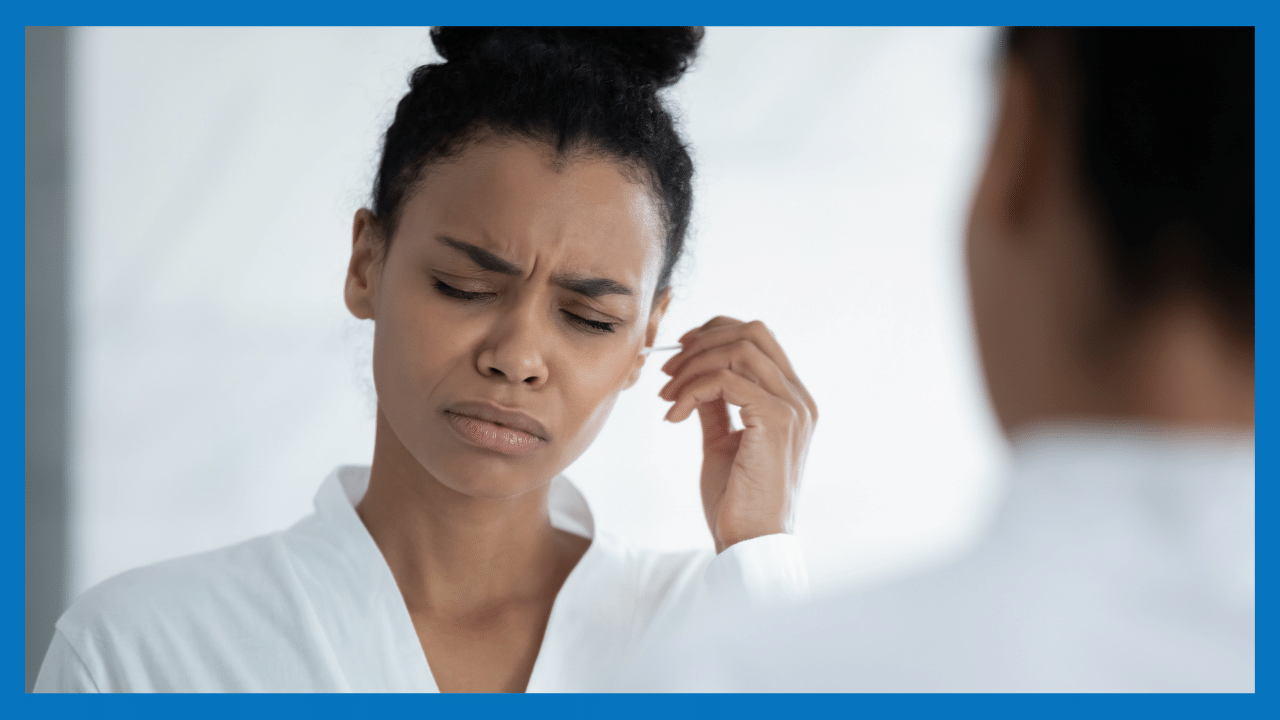 Many of us have bought into the misconception that ear wax is a sign of poor hygiene, even though it's the polar opposite. Why would tiny sticky balls of gunk in your ears be beneficial to your health? Earwax protects and lubricates the canals, as well as having antibacterial characteristics that help prevent infection. In fact, researchers at the University of Pittsburgh Medical Center found that washing your ears too frequently can cause dryness and itching in the area.

When earwax builds up and becomes a nuisance

Your ears clean themselves, so swabbing them isn't necessary. After moisturizing and protecting the ear, wax drains naturally. Most people won't need to clean their ears daily, so keep that in mind if you're concerned about earwax buildup. Although earwax serves a valuable purpose, it can cause problems occasionally, most commonly in the form of impacted earwax (cerumen) .This disorder affects one out of every three older adults.

Surprisingly, incorrect earwax cleaning is the most common cause of blockage. When foreign objects are used, they drive earwax further into the ear rather than rinse it out. Also, beware when listening to music on your smartphone, as headphones prevent earwax from properly falling out of the ear canal.

Earaches, hearing loss, and tinnitus are all signs that an earwax buildup is present. If the earwax isn't removed, an infection might readily develop. You might have a significant earache and a fever that won't go away. You should see your doctor if you have these symptoms since they indicate a more severe condition.

What not to do when cleaning your ears

If you have impacted earwax, you might bethinking of ways to get rid of it. Here are some things you should NOT do when attempting to get rid of earwax.

It's critical to understand that no foreign object should be put inside the ear to clean it. This is harmful because it can result in hearing loss or injury to the ear canal or eardrum. Because the eardrum is so fragile, even the slightest pressure might easily rupture the membrane when using a swab. Anyone who has had an eardrum puncture will tell you that it isn't a pleasant experience. The discomfort is considerable, and a clear fluid may seep from the ear. A pierced eardrum will mend, but it will take time and may cause conductive hearing loss.

Endoscopic ear wax removal is when ear wax is removed from the ear using an endoscope. The endoscope is used to see the ear canal to remove the earwax with micro-instruments or gentle suction with a low-pressure suction machine and fine, sterile probe.

When this is done by a professional, it is a perfectly safe and effective procedure. However, some companies have begun selling video endoscopy devices for personal use. As the implements are often sharp, we do not recommend the personal use of these devices. Watch my video below on these devices.

Some people employ a practice called "ear candling" to try to get rid of earwax. Ear candles are hollow sticks with a length of around 10 inches. They're made of cotton or linen that's been tightly wrapped into a funnel and dipped in beeswax. The ear candle's sharper end is usually inserted into a hole in a sheet of paper or foil (to catch any wax that drips)before being inserted into the outer ear canal as the patient lays on their side. From the opposite end, the candle is lit and held as it burns.

Proponents of ear candling point to the wax residue left inside the candle as proof that the candle succeeded. However, this likely isn't the case. Ear candles did not remove the wax, and the wax that remains is mostly candle wax, not ear wax.

Furthermore, the operation can result in candle wax falling into the ear, adding to the wax problem in some cases. Placing objects in your ears might also cause burns. The Food and Drug Administration has issued a consumer health advisory about ear candles, warning of these dangers.

If you're dealing with impacted earwax, come talk to us.

When earwax builds up in your ears and is challenging to clear out, you should come to see us. We'll analyze the condition, determine the core cause, and provide earwax removal treatment as needed. Earwax removal doesn't have to be difficult, and it should help you return to your life as normal. If you or a loved one is concerned about earwax, please call us for an evaluation and treatment choices suited to your unique needs.